Former Energy Minister, Boakye Agyarko, says he would have been liable for the judgment debt incurred over the cancellation of the GPGC if he defied orders.

According to him, he only acted on the directive of legal advisories as he had no power to act on his own accord.

“I cannot be held liable in any way. I only acted on legal advice because I am not a lawyer or engineer; so I had to just adhere to the advice offered. Would it have been appropriate if I had acted contrary and there were problems?” he queried.

A development the ranking member on the Energy Committee, John Jinapor, has blamed Mr Agyarko for since he was the minister at the time.

But speaking on Asempa FM’s Ekosii Sen, Mr Agyarko said all the actions taken at the time concerning the various renegotiated power deals were decisions of Cabinet.

“It was during my tenure but don’t say I cancelled the contract because I did not use my will or power to cancel anyone’s contract.

“The decision was that we should negotiate them out. I sent the report to Cabinet and they accepted the report with all recommendations. I was asked as sector minister to implement the report,” he maintained. 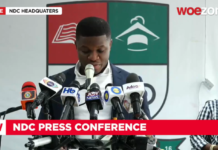