The National Coalition for Proper Human Sexual Rights and Family Values has pledged social and counselling support for people who need help to stop homosexual activities in Ghana.

According to him, claims by some people that Ghana could be blacklisted by the western world if the bill to criminalise homosexual activities is passed are only strategies to achieve their objectives.

Ahead of its consideration in parliament, there have been widespread pronouncements on the passage.

But Mr Foh-Amoaning, who has been at the forefront of the LGBTQI+ debate in Ghana maintains the homosexuality crusaders are pushing only one agenda of ensuring their acceptance into the general society.

He had earlier at a press conference, said the act was disrespecting to Ghanaians and undermined the sovereignty of the State. 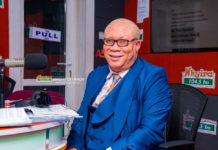 Black Stars: Use of ‘juju’ not a mere allegation – Foh-Amoaning