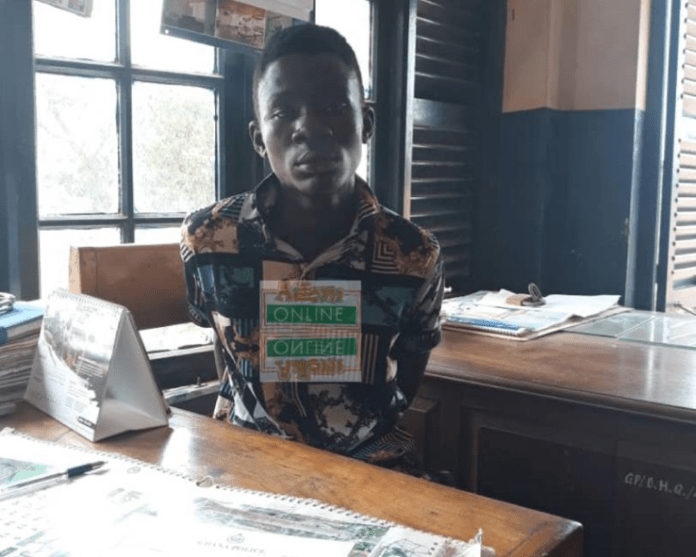 A 19-year-old boy has been arrested for kidnapping a nine-year-old boy at Akim Asuboa in the Oda District in the Eastern Region.

The victim, Yakubu Abban, who reportedly went missing on Sunday February 16, 2020, was found with the suspect at Jamaica, an area around the Akim Asuboa enclave.

Police reports indicate the suspect, identified as Ebenezer Oko, is a first-year school dropout of Atweaman SHS at Akim Manso.

The suspect is said to have been arrested on his way to withdrawing money sent to his account by the police from a mobile money merchant.

A statement from the District Inspector, George Oteng Apau who is in charge of the case said Mr Oko was arrested around 10:45 am on Monday, February 16, 2020.