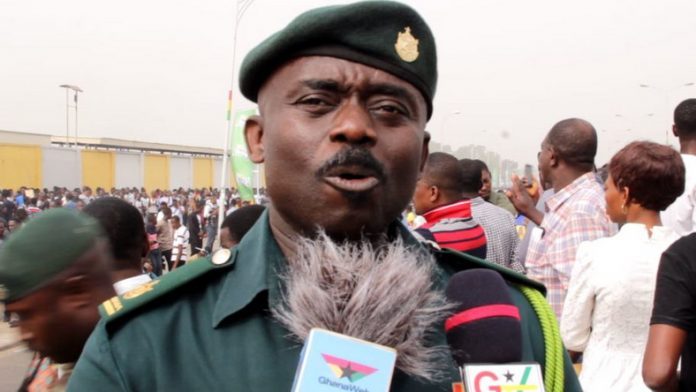 According to the GIS, the inaction of some landlords has led to a surge in crime in the country.

RELATED STORY: Just in: Boy, 2, kidnapped and killed by ‘Nigerians’ at Kasoa, mother in coma (Video)

His comments follow incessant kidnapping cases recorded in the country, especially in the Western, Ashanti and Central regions. Most notorious foreigners seen to engage in such acts are Nigerians.

The latest is the kidnapping and murder of the two-year-old boy at Kasoa Chinese in the Central region. Three Nigerians have been arrested in connection with the crime.

This has generated a lot of controversies with many questioning the effectiveness of the police and the GIS.

But in a rebuttal, Supt Amoako-Attah said security in the country is a collective responsibility.

He indicated that, though they are doing their best, lack of logistics and many unapproved routes on Ghana’s borders are impeding their work.

This notwithstanding, Supt Amoako-Atta said the citizenry, especially landlords play a crucial role in ensuring they work efficiently.

He underscored the need for property owners to conduct a thorough background check on non-Ghanaians before renting their property out to them.

“A simple background check on a foreigner before renting your house to them could save a life,” the GIS PRO stated.

He said they have intensified the strict implementation of the regulations on the entry and residence of foreigners in the country.

Supt Amoako-Atta added that landlords who are found to have breached the law would be fined or jailed.