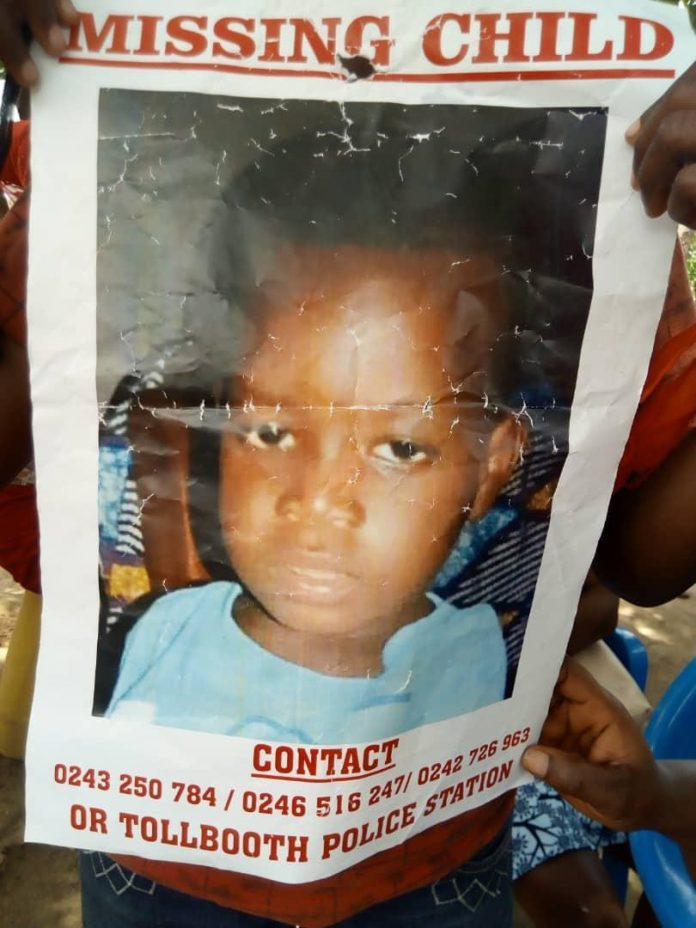 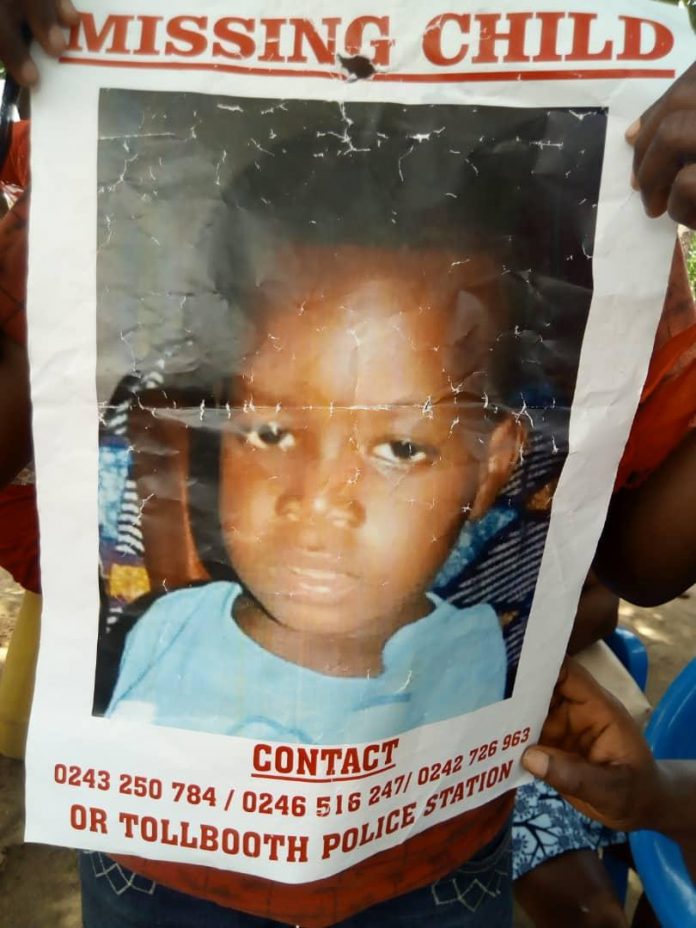 A two-year-old boy has met his untimely
death at Kasoa Chinese in the Ga South Municipality of the Greater Accra region.

The decomposing body of the boy was
found in an area called Tollbooth after he was allegedly kidnapped by some Nigerians
three days ago.

Father of the deceased, Mr Sam Abandoh
in an interview with Adom News said
the two-year-old boy was kidnapped in front of his house.

Mr Abandoh said, the senior brother of
the deceased told him that he heard his junior brother crying in the house of
the Nigerians residing in the same vicinity, but after some hours the crying
stopped.

He, thus, sought the help of some
residents to storm the house where the Nigerians live. However, the boy was not
found in the house despite a thorough search with the help of about 20 men.

Days after, they woke up to sadly learn
the death of the boy whose body had been dumped in some old concrete blocks at
Tollbooth.

Mother of the two-year-old boy, unable
to bear the news, collapsed and is currently in coma at the Mallam Junction Polyclinic.

Father of the deceased told Adom News, he and his wife collapsed at
the same time after seeing the body in a concrete block.

However, he woke up later, but his wife
is still in coma.

Mr Abandoh added that the Nigerians kidnapped
his son with a white Toyota saloon car and a black Hyundai.

He blamed the Tollbooth Police Department
for the death of his son. According to him, police officers on duty failed to
give him audience when he reported the boy was missing.

Meanwhile, some angry residents called
on the government to sack all Nigerians from Kasoa Chinese, else they will take
the law into their own hands and evict them by force.