Member of Parliament (MP) for Assin Central, Kennedy Ohene Agyapong, has recounted how MP for Dome-Kwabenya, Sarah Adwoa Safo, solicited for his support prior to the New Patriotic Party primaries.

According to him, his ‘baby mama’ solicited for his support due to the toughness of her opponent, Mike Ocquaye Jnr.

The controversial lawmaker noted that upon the request by Madam Safo, he did everything possible to ensure that she is maintained as the parliamentary candidate for the constituency in the upcoming 2020 elections.

“Adwoa called me and told me to support her, she told me the race was getting serious and so I needed to come around which I did. But of course, it was something very simple for me because I already have a strong bond with her people and so it was easy convincing them to vote for her,” he told Accra based Metro TV, monitored by Adomonline.com.

Madam Safo in the just-ended NPP primaries faced fierce competition from Mr Oquaye Jnr, but she won with eight votes difference. She polled 496 votes as against 488 votes of her opponent.

Listen to him in audio above: 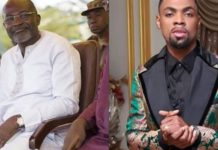 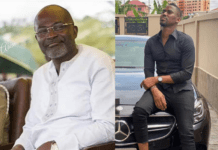 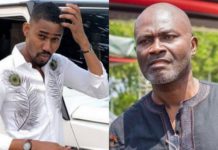 Kennedy Agyapong punches Ibrah One, unleashes investigators on him (Watch) 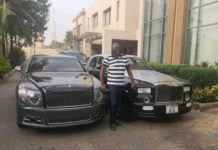