Men of God such as Prophet Kobi, Prophet Salifu Amoako, who is the Founder of Alive Chapel International and Reverend Obofour, the Leader of Anointed Palace Chapel were present to pay their final respect.

Some family members, friends and loved ones, who were present at the auditorium, were engulfed with sorrow as the service went on smoothly, with many of them teary as they recall final moments with the fallen man of God.

The news of the man of God’s demise broke on May 20, 2020, just days after his video went viral on social media.

The viral video sparked a debate on social media with many asserting that the late preacher might have committed suicide out of shame.

Meanwhile, during the burial service, Prophet Kobi announced that ‘Apraku My Daughter’ will be buried at a cemetery in Tema Community 9.

He also mentioned the name of the pastor who will preside over his final funeral rights as Rev Joshua Agyei, the Founder of Bread of Life Ministry, who was also present to bid ‘Apraku My Daughter’ farewell. 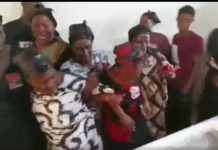 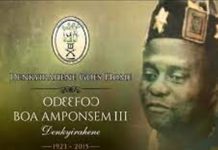 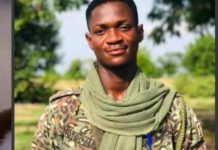 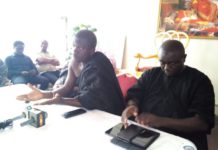 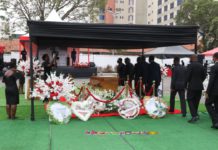