The Awutu Breku District police command has arrested three persons in connection with a burglary at Akrampa in the Awutu Breku of the Central Region.

The suspects, Emmanuel Kofi Bawumia, 40, Nicholas Osei, 25, and Desmond Agyapong, 26, are said not to be residents of the area.

Information gathered by Adom News suggested they broke into about six rooms in the area and were on another when irate residents grabbed them.

But for the timely intervention of the police, these persons would have been lynched by the irate residents.

The residents, who have complained bitterly about how criminals are terrorising them, have called on the police, to as a matter of urgency, beef up security.

Meanwhile, the Awutu Breku Station officer, Chief Inspector Stephen Tamaklo, who confirmed the arrest, said investigations were underway with the suspects to be arraigned. 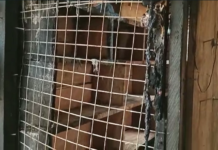