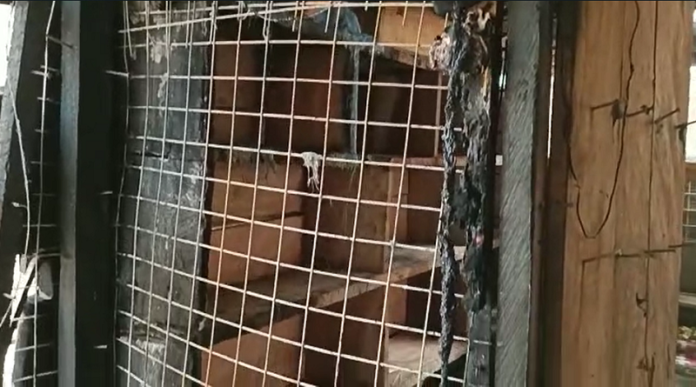 Suspected thieves have set a provision shop ablaze at Awutu Freedom City after a burglary in which they made away with items worth GHC 10,000.

In an interview with Adom News‘ Kofi Adjei, the shop owner, Georgina Larbie said it was the third time thieves had attempted to break into the shop.

However, they could not succeed in the previous two attempts.

Georgina said she was asleep when she was called and informed that her shop was on fire.

The very distraught shop owner said she believes the suspects set the fire on realising that they could not break into the shop.

Meanwhile, some residents who helped to douse the fire appealed to the police to beef up at Awutu Freedom City, where they believe has become a den for criminals.