This was in a joint intelligence-based operation with the Ghana Police Service on Friday.

A viral video posted by the GNFS, which captured the moment of arrest, saw scores of prospective applicants at the Day and Night Hotel.

According to the GNFS, the prospective applicants had paid various amounts of monies to the suspected fraudsters to facilitate their entry into the service.

Numbering about 100, the suspects were taking them through what they were made to believe was a recruitment process.

The gang has since been arrested and sent to the Police Headquarters for further interrogation.

Play the audio attached for more: 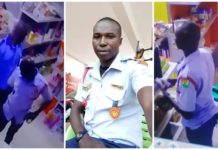 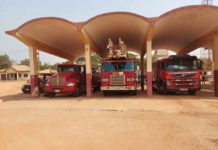 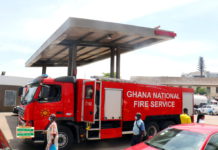 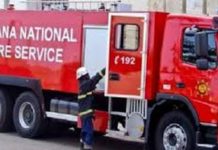