Some students of the Takoradi Technical University (TTU) have rejected the Bachelor of Technology in Mechanical Engineering certificates issued to them by the University upon completion of the programme in 2020.

They argued that before they enrolled for the course in August 2018, the authorities of TTU told them it had not secured accreditation to independently run the course.

However, upon completion of the programme in July 2020 and graduating in October, TTU issued them the certificates without any reference to CTU and North Carolina Agricultural and Technical State University.

Meanwhile, the Public Relations Officer (PRO) of TTU, has rejected their assertions and said that the institution was clothed with the mandate to issues the certificates.

Mr Kow Richardson-Nketsiah, PRO in a reaction to the aggrieved students’ concerns, told the GNA that, although the University was running the programme in affiliation with the Cape Coast Technical University, it received an accreditation last year to independently run the course.

Therefore, the TTU was cloaked with the power to issue the certificates to the students despite being enrolled before receiving the accreditation.

He said the grading system used for assessing the students was not different from the one used by the CTU.

More so, it was the lecturers of TTU who taught the students and marked their scripts.

He pledged the University’s readiness to engage the aggrieved students for further discussion.

Mr Justice Ato Bentil, the Course Leader for the 2020 batch, told the Ghana News Agency in an interview that, the aggrieved students would use every legal means and appropriate avenue to compel the authorities of TTU to issue them the right certificates.

He said the grading system and syllabus used during the duration of the course came from CTU and North Carolina Agricultural and Technical University, therefore, they expected the certificates to be issued by those institutions and not TTU.

The Course Leader explained that though the aggrieved students had met the Pro Vice Chancellor of TTU, Prof. Victor Kwaku Bondze Micah, on the issue, nothing concrete came out of the meeting.

Checks by the GNA at the National Accreditation Board (NAB) revealed that NAB issued accreditation to the TTU on May 7, 2020, to run Bachelor of Technology in Mechanical Engineering (Production Option).

A letter sighted by the GNA indicated that the TTU terminated its affiliation with the Cape Coast Technical University on March 2, 2021. 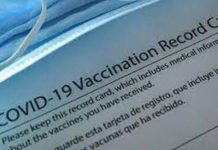 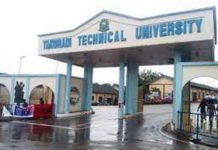 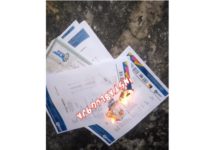