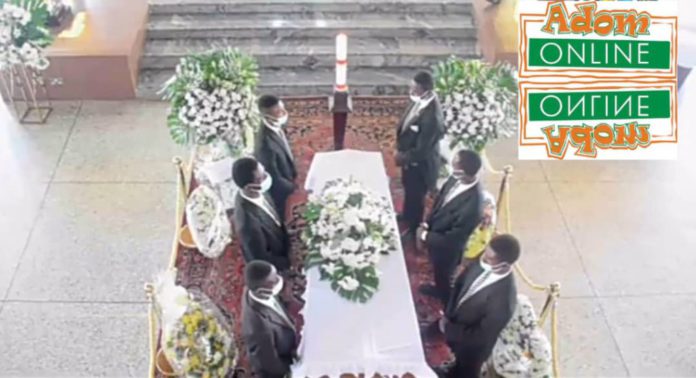 Prof Benneh was found dead in his residence at Adjiriganor in Accra.

His body was discovered in his residence on Saturday, September 12, 2020, in a pool of blood, with his hands tied behind him and his body bearing cuts all over.

The final funeral rites of the late Professor came off on Saturday, November 21, 2020, in a private burial ceremony.

The filing past and burial service started at 7:am at the St Thomas Aquinas Catholic Church, University of Ghana, Legon.

It was a hard time for family and friends as they struggle with tears while they file past the body.

Amid the sorrows, there were hymns and short praises sessions to lighten up the spirit of mourners coupled with a spoken word to eulogise late Prof Benneh.

Meanwhile, a memorial service will be held in honour of Professor Benneh on Sunday, November 22, 2020.

This will be at the Christ the King Catholic Church followed by a family gathering at the deceased’s East Legon residence.

He was survived by his son William Kwame Benneh.

During initial investigations, several suspects were picked up but some were later released leaving Opambour Agya Badu Nkansah and James Nana Womba (who later died while in police custody) alone to stand trial. 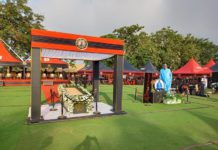