It’s been five years since Hiplife group, Praye went their separate ways and despite all three; Choirmaster, Kente and Big J Cartel, performing together at the just ended Vodafone Ghana Music Awards (VGMA), Choirmaster says they are not reuniting just yet.
There has been a lot of talk about the trio getting back together in recent times and that subject even led to some arguments on social media among them.
ALSO READ: VIDEO: Ebony’s dad reacts to claims that Bullet wrote 99.5 per cent of her songs
After the good show they had at the VGMA, the thinking was that they are back but Choirmaster told Showbiz yesterday morning he is still embarking on his solo project and time will tell whether the group will get back together or not.
“I have said that I don’t have any issues with my label mates. If there is the need that we come together for a project why not? I am always available,” he said.
According to Choirmaster, it felt good that all three came back on stage after five years and explained that he joined Kente and Big J Cartel on that huge platform to let Ghanaians know he did not have a problem with them.
ALSO READ: VIDEO: I never dreamt of winning two awards at VGMA – Kuami Eugene
“Our performance was one of the best on the night. The crowd really responded to us well on stage and I am glad we killed it. I think Ghanaians have been waiting for this reunion in a very long time but I want to tell them time will tell,” he said.
It was not all disappointment though as Choirmaster teased that Ghanaians will hear something from them soon. “We are still in talks as to when to come together and do something and very soon Ghanaians will hear from us,” he added.
In their day, Praye gave us songs like Angelina, Wodin, Shoddy, Wonkoaa and Jacket.

I will consider taking part in VGMA if…- Shatta Wale 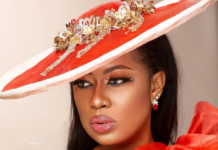 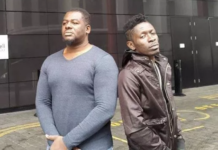 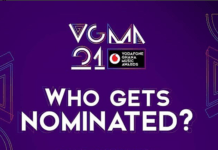 VGMA2020 Nominees Unveiled: Find out where your favourite musician got nominated