Actress and entrepreneur, Nana Ama McBrown has officially lifted the self-imposed veil off her daughter’s face to mark her first birthday.

The actress who has hitherto shielded her baby from the public’s eye, had hinted the public will only be given the opportunity to see her baby, Maxin Mawushi Mensah, when she clocks one.

True to her word, the actress has shared exquisite photos of her one-year-old daughter to mark her first birthday today, February 21, 2020.

Even though Adomonline.com readers have had the benefit of seeing ‘stolen’ shots of Mxin in an earlier report, the elated mother on Instagram used the opportunity of the birthday go share the exclusively official photos with the rest of the world.

Fans were over the moon on seeing Maxin for the first time and have been making their comments as they engaged with the photos.

The street of Instagram is flooded with congratulatory messages from celebrities and well-wishers who either said a word of prayer or simply hailed the name of the ‘blessed’ child.

The actress who got married in 2016 welcomed her first child after three years of marriage to silence critics who had rumoured that the popular actress had exchanged her womb for fame.

Maxin’s birth caused a social media frenzy as Nana Ama’s pregnancy was hid from the public until official photos of her baby bump hit the internet.

Nana Ama McBrown gave birth in Canada, where she had traveled to with her husband in late 2018.

Find out some reactions below: 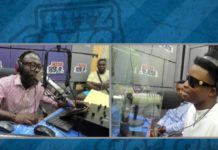 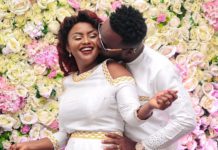 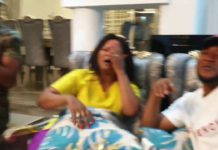 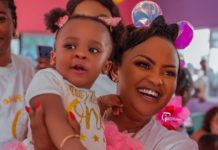