Artiste manager and entertainment pundit, Mr Logic, has disclosed how he lost GH¢ 7,000.00 to a fake mallam who promised him a better life.

Speaking in an interview on Daybreak Hitz show on Hitz FM, Mr Logic said his cold experience opened his eyes to life.

According to him, he was a radio presenter at one radio station in Accra when the incident happened.

He said the mallam frequently visited his show and charmed monies which he later gave out to the staff in the studio.

He said the mallam at a point invited him to come over to his place of abode in the Northern part of Ghana.

I trusted him, I moved from Accra to Savelugu… but when I got there I had to move like from Hitz FM to Taifa – a quiet road with no houses. I left my hotel with a motor around 2:am…, he told Andy Dosty.

Upon reaching there, Mr Logic said the mallam did a few incantations where he subsequently fell to the ground – a gesture that caused his workers to immediately chase Mr Logic out of the shrine.

He started doing his thing and collapsed… then they asked me to move out… they rushed me out on the motorbike and left me nowhere. I was lucky to have had a police station few miles away from me. I went there and the policeman said I was lucky they didn’t kill me. They took about GH¢ 7,000 from me.

Additionally, Mr Logic said he wasn’t moved by greed but he trusted the mallam because he had been advertising with the radio station, hence familiarity was at play.

He again told Andy Dosty that, after he had arrived in Accra, the mallam called him again and asked him to do another ritual to pave way for cleansing.

When I left, the guy told me to go and swim in the sea at 12 midnight. He told me when I do that something will appear in the water. I said I couldn’t swim at midnight, I was bathing at home.

The psychological effect is the things they tell you can affect you. You will think you are going mad, he added.

According to Mr Logic, government must stop media houses who are collecting monies from these spiritualists to allow them advertise their works.

He explained that most of them are scammers and liars and can never do what they preach.

Those doing the rituals must be arrested. They don’t need to be defended. If you have license as a herbalist stick to that but don’t go about saying you can double money or charm it, he said. 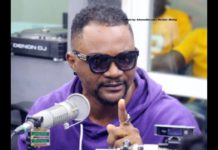 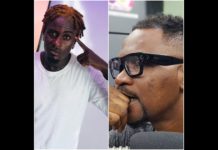