Sonnie Badu became an object of mockery on social media when netizens challenged his claims of bagging a Doctorate, Master Degree and a Bachelor’s Degree simultaneously at the Trinity International University.

For many who have taken on the musician, it is impossible to achieve such a feat in the space of time he claims did.

But, reacting to the ongoing discussions around the issue, Professor Gyampo sided with Badu’s critics, saying three degrees in four months is an absurdity.

He further asserted that the Gospel musician was playing on the minds of ‘ignorant’ Ghanaians.

“Maybe not the PhD I did, but, whoever is saying they acquired three degrees in four months, tell him that me Ransford Gyampo, I’m saying he is spewing an absurdity that isn’t possible,” he said in an interview with Starr FM.

When presented with Mr Badu’s defense that the fast-earned degree is by the Grace of God, Prof Gyampo who said he studied Religious Studies at the University is adamant the explanation is irrelevant.

According to him, the Grace of God does not fund illogicality, elaborating that God ‘cannot’ do things that are logically impossible. 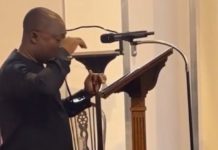 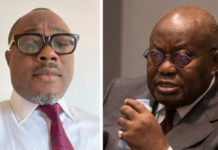 We need evidence of salary slash – Prof Gyampo to Akufo-Addo