According to him, the decision to quit stems from the fact that he is now closer to his maker, hence he is towing a different path.

He explained that he loves to try new things and his passion for doing music has declined over the past two years after he dropped his last single.

I am not a musician any longer. I think when I brought my first album I even thought about quitting music. I stopped most times but you will realise soon I came back to record.

For the last two years, I haven’t released any song. I featured Yaa Pono… I doubt I will do music anymore. I am believing in God to change the story and the sequence [SIC].

The ‘Aketesia’ hitmaker, however, made it clear he wasn’t backing out because of the current competition in the music space.

I believe God is changing the story I am writing so I cannot do the same thing till I die. With me, I enjoy competition. The kind of songs Ghanaians want aren’t hard to do. Now Ghanaians don’t want quality songs.

They want senseless songs. If you listen to most of the songs, they have no sense… I am not destroying the business. They come with no sense… I am believing in God to change my sequence, I cannot be doing the same things in my lifetime, he told Abeiku Santana. 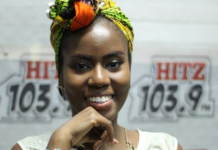 MzVee opens up on 2 years of depression, no music and more

There is no similarity between 2020 elections of US and Ghana...

NDC will open land borders as soon as we win power...

Only hypocrites in NPP will downplay Sammy Gyamfi’s intelligence – A...

Even if you appear on the ballot with Angel Gabriel you’ll...