The dancer, who is gradually changing the face of the dance culture in Ghana after his encounter with America’s Beyonce, says his journey has not been an easy one.

In an interview with Andy Dosty on Daybreak Hitz, he revealed that he has faced a lot of hard times to get to where he is now.

Dancegod Lloyd mentioned that he tried to build a career in football but did not succeed.

After high school, I took a break for four years to go and play football but it wasn’t my thing. So I came back into the game. I was dancing for two years and I almost gave up, he said.

The old student of the Presbyterian Boys Senior High School said that he was not making enough money and that was very frustrating.

I was always dancing and performing for artistes and was getting chicken change in return. I asked myself if it was going to be like that forever.

Dancegod Lloyd is a dance coach and choreographer. He is a co-founder of the dance school, DWP academy.

In 2020, he performed in Beyoncé’s Already music video which featured Shatta Wale.

He is currently venturing into music with his colleague Afro Beast. They both have two songs to their credit. 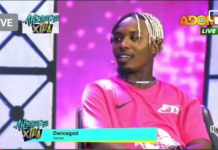 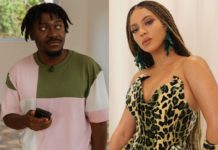 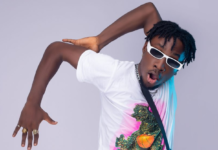 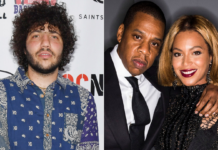