The Chief Executive Officer (CEO) of Goodies Music International, Isaac Abeiku Aidoo, known popularly as Goodies, says there is no way one can promote his/her music in Nigeria without living in the country.

According to the former producer of VIP and Tic (formerly Tic Tac), there is no way an artiste manager can penetrate the Nigerian Music Industry if he/she don’t rent houses to spend time with their promoters.

Disclosing this in an interview on Adom FM’s Work and Happiness, Goodies elaborated on the fact that, you have to go and stay there and live there, otherwise it won’t work.

We rented and stayed there. We even had to act like Nigerians and all my artistes were big then, he told host Black I.

Goodies was arrested at the Kotoka International Airport on April 23, 2008 on suspicion of possessing narcotic drugs while going through departure formalities to board a flight to London.

Then on November 26, 2008, he was sentenced to a 13-year imprisonment with hard labour by an Accra Circuit Court for possessing 80 pellets of cocaine after it took the prosecution about six months to gather evidence against him.

Before going to prison, Goodies produced a tall list of other hiplife artistes like Tic Tac, Sydney, Lord Kenya, Nana Kwame, Mzbel and a lot of others.

I would have dated Kuami Eugene if… – Music producer [Video] 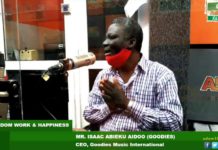 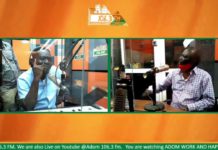 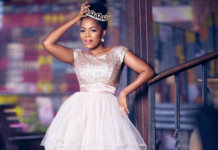