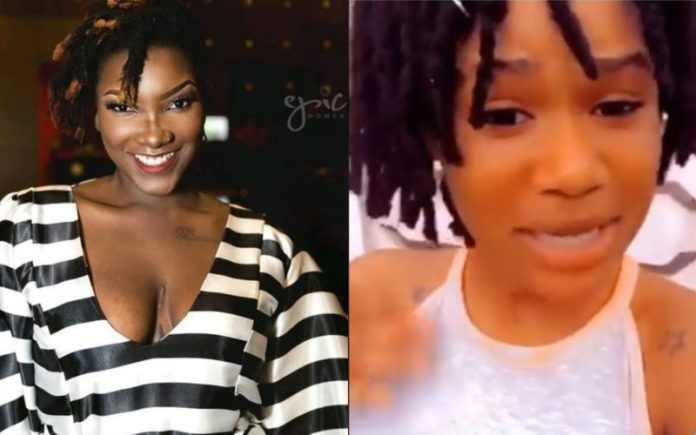 A yet-to-be-identified Ghanaian lady has caught the attention of many Ghanaians on social media because she resembles the late dancehall diva, Ebony Reigns.

She has dreadlocks like the late Ebony Reigns, has a deep voice and sings just a bit like her but has a fair complexion.

In a video of her fast circulating online, she disclosed people have come at her, accusing her of being a copycat.

However, she noted that has been her voice and pitch since childhood and not a deliberate attempt to seek attention.

She further indicated she could not sing Ebony’s songs as she is not a musician.

But to the delight of Ghanaians, she tried to perform Ebony’s Poison, which she admitted will be full of mistakes because she had not mastered the song.

This lady speaks and sings like the late Ebony Reigns pic.twitter.com/BhJvEzmQGl