As the rainy season is finally at our doorsteps, the Adepam season 2 finalists have exhibited some fashion pieces and techniques on how to cope with the weather.

Luxury and style never go out of style irrespective of the weather condition, and that is exactly what the finalists sought to teach when their models rocked the runway with winter outfits with a touch of Hollywood vibes.

Contestant KBaw made a season of the year convertible winter jacket for a business woman.

The outfit consists of a black turtle neck top and trousers, but his creative statement was a bag which can be transformed into a designer jacket.

The judges complimented him for his creativity and innovation, as they appreciate his fashion concept.

He was followed closely by contestant Ahmed who made a refined traditional outfit for a Northern bride.

The perfect blend of the blue fabric and the gold tone was one the judges could not overlook.

Ahmed’s concept was aimed at bringing unity despite cultural diversity.

Finalist Emma‘s theme for the night was technology. He chose the concept to lecture on how technology is the future of fashion.

His outfit was a creative gown designed in a form of light to illuminate the world on the hidden gems of fashion.

Of the five themes for the night, contestant Portia settled on the nature theme.

She took inspiration from a pineapple plant to appreciate nature, and its diverse significance to the human race.

Her outfit was a yellow gown with the pineapple effect in the leg area. Though her piece was beautiful, it was the judges’ opinion she fell short of creativity.

The final contestant for the night was Grace who produced a futuristic outfit for her model.

According to her, her intent is to create a message infused outfit for the everyday working woman.

The outfit comes with a charging socket for mobile phones and other electrical devices. 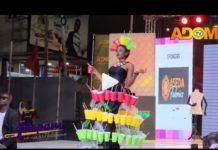 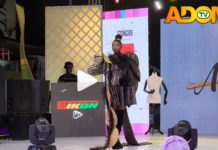 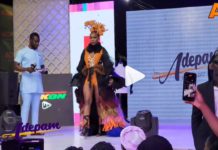 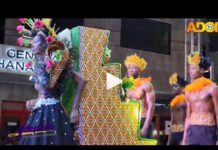 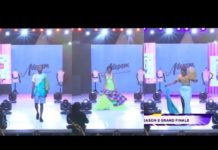 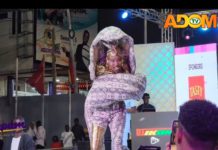