Founder and Apostle General of Royal House Chapel International, Rev Sam Korankye Ankrah, has reacted to a $1 million gift his daughter received at her wedding.

On Saturday, July 10, they organised their white wedding at the Royal House Chapel International headquarters in Accra where members of the renowned preacher’s church and the family of Charles converged to grace the occasion.

It was a colourful and plush ceremony during which her friends presented the $1 million cheque as their gift to her.

However, Rev Korankye-Ankrah speaking on the presentation, said it was not a real cheque.

According to him, it was a faith cheque presented by the friends who are members of a group called the second generation (2G) in the church.

“They presented the dummy cheque of $1 million but people did not get the idea behind the presentation. They thought it was real money.

“What these people are saying is that one day during occasions like these, they will be able to present a cheque of $1 million and that is the statement they are making,” he explained. 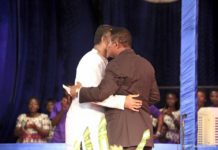 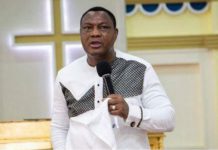 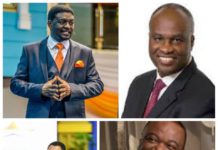 This throwback PHOTO of some Ghanaian pastors will amaze you 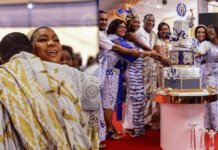