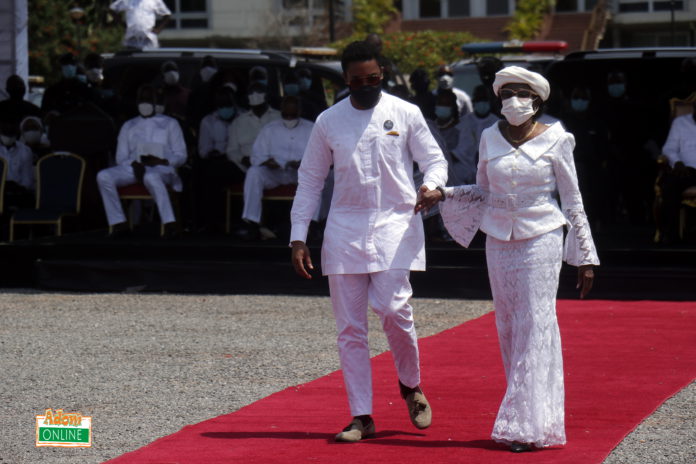 The latest photos of the son of late former President Jerry John Rawlings, Kimathi Rawlings, have got fans and followers talking on social media.

The photos are believed to be the first after about six months when he was all over in the media during his father’s final funeral rites.

In the photos, he was spotted having a nice time in the company of some friends at a place believed to be a marriage ceremony.

In what appeared as a groomsmen team, about seven men were spotted in matching kaftan outfits.

Beaming with smiles, they posed for the camera with the groom who was clad in white Agbada with kente-like embroidery

Another saw them display wild dance moves at the event.

Many have reacted to the photos which have gone viral.