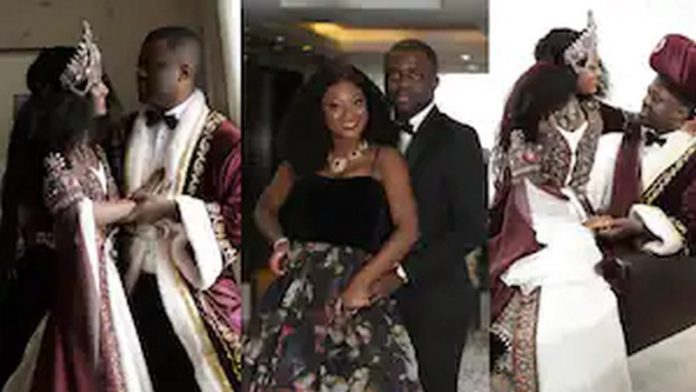 She and Charles Nimo held their traditional wedding on July 7, 2021. Naa Dromo is the second daughter of the founder of Royal House Chapel International.

On Saturday, July 10, they organised their white wedding at the Royal House Chapel International headquarters in Accra where members of Naa Dromo’s father’s church and the family of Charles converged to grace the occasion.

Aside the $1 million, Naa received several other gifts.

Her friends presented the $1 million cheque to her at the white wedding ceremony.