Controversial actress turned musician, Yaa Jackson, gave her audience a free show when she flashed her boobs during a performance.

The actress, while performing at DJ Wobeti’s birthday bash, experienced a wardrobe malfunction which exposed her cleavage.

Doing her own thing on stage as she sings one of her hit songs featuring Fameye, Ehwe Papa Nie, noticed her blouse had gone loose.

The strings, which secured her hanging and revealing shiny blouse, got loose but she was unconcerned.

Getting to the tail part of her performance, the string ripped open, exposing her entire chest area.

But she was saved the embarrassment by the nipple cover she wore beneath the blouse.

Determined to finish the performance like she started, actress Jackson continued amid the screams from the patrons who had gathered at the Tema venue.

She was saved by her back-up dancer who tied her string while she continued entertaining the fans. 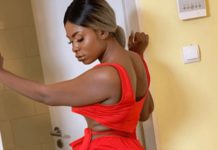 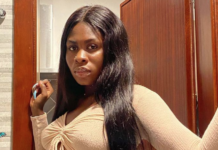 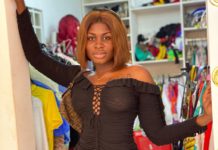 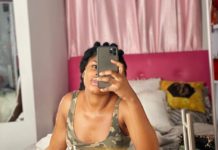