Female gospel musician has fired a salvo at colleague Ernest Opoku over his critique after she performed for an alcoholic beverage company.

Anita Afriyie claims some male gospel musicians including Mr. Opoku who act holier than thou are ‘snakes under grass’.

Her comment comes after Ernest Opoku described her as a “hypocrite’ for performing at ‘Adonko Bash’; a show to promote Adonko bitters on Easter Monday at the Kumasi Sports Stadium.

Ernest Opoku maintained that conduct has brought the name of the industry into disrepute for promoting alcohol consumption especially to the youth.

But in a rebuttal, Anita Afriyie on Adom FM’s entertain review show ‘Adom Entertainment hall said Ernest Opoku and his cohorts lack the moral right to criticize her.

She explained that, majority of the male gospel musicians engage in amorous relationship but “but pretend to be holier than Jesus Christ”

The “Adehye Mogya” hitmaker when asked by show host, Mike 2 to provide evidence said “give me just two weeks and I will expose them”

“They should watch out for me; I will come back for them” she stressed.

Anita Afriyie maintained that she rather won more souls for Christ after performing at the Adonko bash. 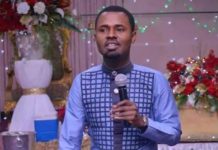 Ernest Opoku details sacrifice he made for anointing 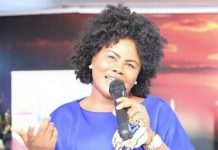 Gospel songstress Anita Afriyie now a nurse in the U.S