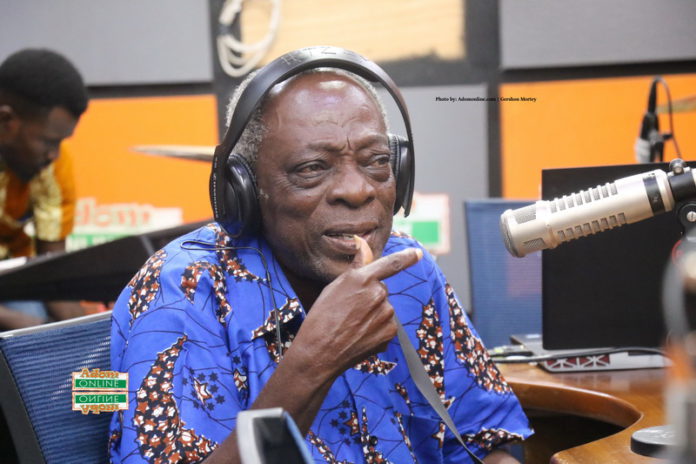 A video showing the last moments of veteran actor, Kofi Laing, popularly known as Kohwe, which has popped up on social media, has left Ghanaians in tears.

This comes days after the actor’s demise.

Mr Laing died on Thursday at his Accra residence aged 75.

He reportedly suffered a stroke and was undergoing treatment at Dr Power Herbal Clinic at Ashaiman Newtown junction, Tema.

In the video that has gone viral following his death, Kohwe was spotted with his colleague, Mr Beautiful who had paid him a visit.

Mr Beautiful handed over GHS 1,000 to Mr Laing which he indicated was from former President John Mahama.

He went on to unpack a box of mackerel, a bag of rice, and two gallons of Frytol oil which he brought along.

Ailing Kohwe, who was stunned by the kind gesture, said he was short of words and couldn’t thank Mr Mahama enough.

However, he noted it will be his greatest wish to meet Mr Mahama face-to-face.

Prior to his death, Kohwe, during an interview on Adom FM in 2019, called on all and sundry to come to his aid before his demise.

There he bemoaned the unfavourable conditions of veterans who worked hard to bring smiles to the faces of Ghanaians. 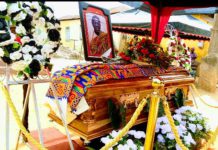 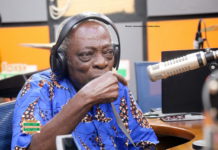 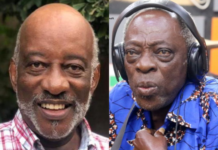 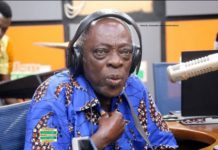 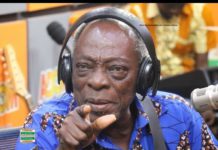 Video: I can’t even afford a car tyre – Actor