Ghanaians have been encouraged to pile pressure on the government to establish the Right to Information (RTI) Law Commission and the necessary Legislative Instrument that will ensure its enforcement.

The Media Foundation for West Africa (MFWA) and Ghana Integrity Initiative (GII), two Civil Society Organisations (CSO) pushing for the kickstarting of the RTI have also urged the media to do same.

The CSOs advised the media, in particular, to mount pressure on the government to disclose monies it has received and spent on Covid-19, as well as hold political parties to account for the millions they’re spending on their electioneering campaign.

It would be recalled that, after President Agyekum Kufuor tabled the RTI Bill in 2007/8, the New Patriotic Party and the Atta Mills-Mahama regimes all failed to pass the bill.

True to its manifesto promise, President Nana Akufo-Addo, last year, passed the RTI Bill into Law; but till now, there’s neither a Commission nor Legislative Instrument to enforce the law.

Sulemana Braimah, Executive Director of the MFWA – after being denied public information by the National Communications Authority – now says all must push the government to resource the law to work, lest corruption will continue to flourish.

The GII’s Programmes Director, Mary Addah, deplored the attitude of public servants and politicians still holding onto information of public interest as though it was their private property.

Ms Addah, thus, prescribed the hauling of government agencies that withhold demanded information to the law courts for redress. 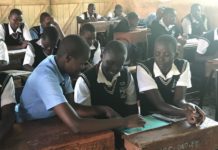