A 62-year-old female retired fire officer has been arrested by Police in Eastern Region for allegedly defrauding several people to the tune of GH¢56, 500 under the pretext of recruiting them into the various security services.

Starr News has gathered that the suspect was arrested on November 11, 2021, by the Nkawkaw Divisional CID and handed over to Akyem Tafo District Police Command for allegedly defrauding one Mary Konama Antwi of a total of GH¢27,000.00 on November 17, 2020, under the pretext of recruiting her three children into the Ghana Armed Forces but went into hiding after she received the money.

Five other victims namely Dora Ofosua, 36, Susana Obuobi, 53, Mock Sackey, 27, Addo Emmanuel, 27, and Richard Hodzi, 62 all of New Tafo Akyem subsequently emerged at Kukurantumi charge office same day and reported that, about a year ago, the suspect, who is in Police custody for a similar offence, collected an amount of GH¢10,000.00, GH¢5,000.00, GH¢6,000.00, GH¢3,500.00 and GH¢5,000.00 from them respectively under the pretext of helping them to be recruited into the Ghana Armed Forces and Ghana Immigration Service.

According to him, the suspect has been detained and is being prepared to be put before a court.

DSP Ebenezer Tetteh once again told applicants to desist from paying bribes to anyone for recruitment since it does not work.

Meanwhile, on November 8, 2021, Suhum Police arrested a 32-year-old man for impersonating a Military Officer to defraud a desperate young man seeking to be enlisted into the Ghana Armed Forces.

The victim Ohene Addo Richmond who lives in Akyem Apedwa assisted by ADO 2 Aggrey Nana Addo, a fire officer with Suhum Fire Service arrested the suspect Tanko Sani, 32, and handed him over to the Suhum Police.

According to the victim, Ohene Addo Richmond, on November 6, 2021, the suspect introduced himself to him as an army officer, convinced and collected cash of Ghc 2,800.00 under the pretext of recruiting him into the Ghana Armed Forces but later found out that he was not an Army Officer as claimed. 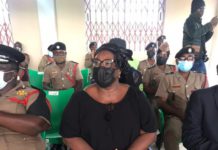 Fire officer who drowned while on rescue mission promoted 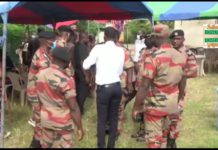 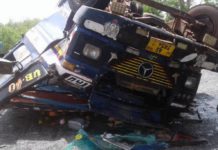