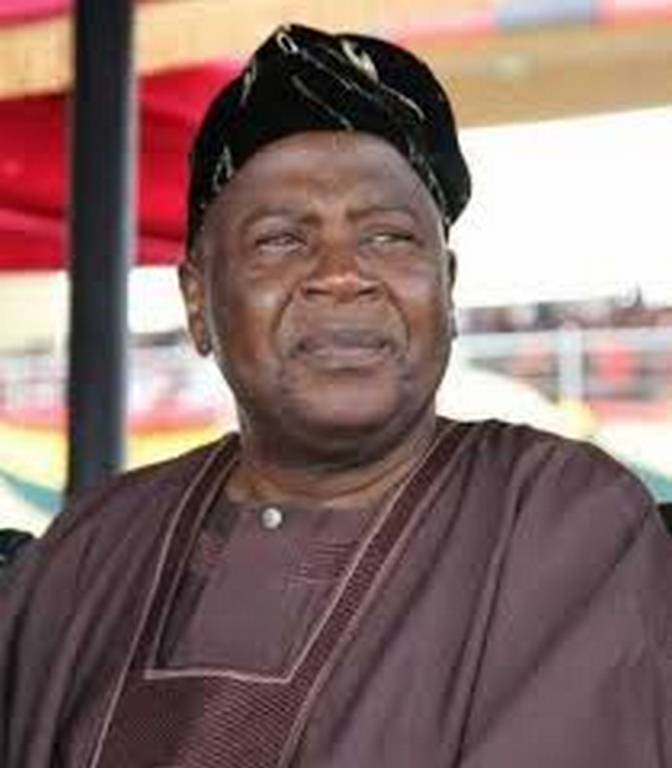 According to the Yendi lawmaker, the fastest economic transformation witnessed under the Fourth Republic was largely engineered by the late former Vice President Aliu Mahama during his stewardship as the head of the economic management team.

In the view of the Yendi legislature, the late Vice President partnered with his boss, former President Kufuor faithfully and perfectly to achieve the deliverables on the governance front including the “introduction of the National Health Insurance, with free maternal care for pregnant women under which 56% of Ghanaians subscribed.

“School feeding Programme, Livelihood Empowerment Programme and Metro Mass Transit amongst other interventions were introduced as a tool to alleviate poverty and reduce the suffering of the people.

“This period witnessed the fastest economic transformation in the history of the Fourth Republic attaining middle income country status by 2006 much earlier than the projected year of 2015. His stewardship as a lead member of the Economic Management Team and government is historically recorded.”

Presenting a statement on the Floor of Parliament on Tuesday, November 11, 2021 to commemorate the 9th anniversary of the passing of the late Vice President, the son of the former Vice President observed that the legacy of late Aliu Mahama transcends the borders of politics.

Below is the full statement read on the floor of Parliament:

Eulogy of the life of His Excellency Alhaji Aliu Mahama, late Former Vice President of the Republic of Ghana by Hon. Farouk Aliu Mahama (MP Yendi)

I am grateful for the opportunity granted to make this important statement eulogizing the life of our late former Vice President, Alhaji Aliu Mahama, who was Vice President of the Republic from 2001 to 2009.

It is already nine years since Alhaji Aliu Mahama passed onto glory and the memory keeps flooding in the thoughts of many Ghanaians and lovers as if it happened only yesterday.

On that fateful Friday, the 16th of November, 2012, this nation was greeted with the grievous news of the sudden passing of His Excellency Alhaji Aliu Mahama. It was a tormenting tragedy for family, friends, and for the nation as a whole.

Mr. Speaker, Alhaji Aliu Mahama was a consummate illustration of growing from penury to prosperity. He began his illustrious academic journey in Yendi by attending the Dagbon Primary and Middle School. He subsequently attended Government Secondary School in Tamale from 1960 to 1967 where he obtained Ordinary and Advanced Level Certificates.

He proceeded to the Kwame Nkrumah University of Science and Technology, Kumasi from 1967 to 1971 where he obtained the Bachelor of Science in Civil Engineering, Building Technology option.

In order to sharpen and deepen his management and leadership skills, he obtained two certificates from the Ghana Institute of Management and Public Administration (GIMPA) in Project Planning and Management and in Leadership.

As a first-class civil engineer, he worked at the State Construction Corporation from 1972 to 1982

In 1982, he successfully established his own civil engineering and general construction firm, LIDRA Limited, and became its Managing Director. He was Chairman of the Northern Regional Contractors Association from 1996 until the December 2000 elections. He contributed immensely with his civil engineering expertise to major constructions in the northern half of the country.

He was a Councilor on the Yendi District Council in 1978 and an Assemblyman on the Tamale Municipal Assembly in 1990. He was the pioneer and Chairman of the Tamale-Louisville Sister State Committee which up to date, Tamale continues to reap benefits.

After a hard-fought electioneering process, the Kufuor/Aliu Mahama ticket resuscitated the Danquah-Busia-Dombo tradition on the political scene of Ghana and returned the tradition back to the Seat of Government after some 30 years of unsuccessful shots. On January 7th, 2001, Alhaji Aliu Mahama was sworn in as the first Muslim, first northern Vice President and first ethnic Dagombas to have risen to that height.

Mr. Speaker, as Vice President of the Republic, he partnered with his superior faithfully and perfectly to achieve the deliverables on the governance front.

This period witnessed the fastest economic transformation in the history of the Fourth Republic-attaining middle income country status by 2006 much earlier than the projected year of 2015. His stewardship as a lead member of the Economic Management Team and government is historically recorded.

Working hand-in-glove with President J. A Kufuor, the administration oversaw the introduction of the National Health Insurance, with free maternal care for pregnant women under which 56% of Ghanaians subscribed. School feeding Programme, Livelihood Empowerment Programme(LEAP), and Metro Mass Transit amongst other interventions were introduced as a tool to alleviate poverty and reduce the suffering of the people.

Instilling and institutionalizing greater discipline in the Ghanaian society was his trump card and remains one of his towering legacies. For him, the major challenge Project Ghana faced and that held back our progress was the sheer appetite in many Ghanaians for indiscipline. Through his office, he single-handedly began the ‘DO THE RIGHT THING’ drive, which was a campaign for greater disciple in society.
The crusade awoke the conscience of the people and swelled national aversion towards social delinquency.

The late former Vice President was a known sports fanatic. Besides, playing a significant role in the realization of the Stadium in Tamale, now named ‘Aliu Mahama Sports Stadium’ in his honour by President Nana Akufo – Addo, he was a pioneer of commercialized sports in Northern Ghana.

He was the founding member and the board chairman of the Real Tamale United (RTU) which birthed, honed, and shot Abedi Pele and a host of others into stardom.

“The Ghanaian people offered me the rare honour to serve my country as the Vice President and I did same in all humility and with the guidance of Allah. As I bow out, I entreat that we focus on what binds us than what breaks us. “- Alhaji Aliu Mahama stated on his exit of Office as Vice President of the Republic.

In the aftermath of the Kufuor/Aliu Mahama administration, he continued to serve his people and nation faithfully through the Aliu Mahama Foundation, a social intervention vehicle he established to alleviate the plight of his people.

After failing in his bid to bear the flag of the NPP into the 2008 elections, he did not recede into his comfort zone but joined in the trenches of the campaign to wrestle power from the NDC. He was a pillar of strength for his party, the New Patriotic Party until his sudden demise at the peak of the campaign of 2012 General Elections.

The legacy of Aliu Mahama indeed transcends the borders of politics. He is a legacy for leadership and humanity as a whole. As a strong advocate for a better standard of living for all, Aliu Mahama concerned himself with insisting on freedom from the shackles of poverty through the power of education. Aliu Mahama lived a life filled with the belief that education and disciplined life-long learning are the most powerful weapons for changing the world. In his own words, “knowledge/education remains the sole strong conqueror of poverty” in every human setting.

As we commemorate him in the ninth year of his passing, it is important we take inspiration from Aliu Mahama’s leadership in the continuum fight for social and economic liberation; and his love of education and discipline as a weapon of change. We should celebrate the life and achievement of this great national icon of peace, harmony, and respect for humanity. Indeed, our national values-growing our people, delivering the Ghanaian interest, advancing the public good, constantly raising the bar of industry, respecting each other, and upholding the highest level of integrity-find expression in the legacy of this towering figure who believed in making a difference than living a mere life.

Aliu Mahama may not have lived in the era of Dr. JB Danquah, Kwame Nkrumah, Paa Grant, and others when the struggle for Ghanaian liberation from colonialism was at its peak.

However, rising to the challenge of leadership together with his keen support for education have doubtlessly put Alhaji Aliu Mahama on a pedestal among the pantheon of national heroes.

May the Almighty Allah continue to grant the soul of our beloved Aliu eternal rest, and may the peace of the Almighty be with the family-especially the wife, Hajia Ramatu Mahama, and children.

God bless our homeland Ghana and continue to endow us with such great men.

I thank you Mr. Speaker. 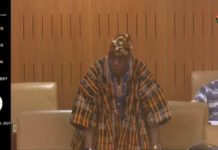