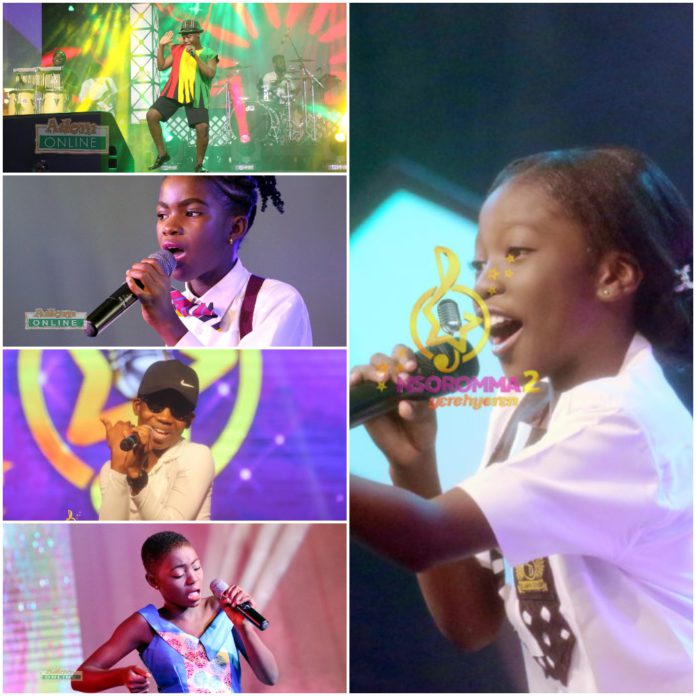 Some past contestants of Adom TV’s singing competition, Nsoromma, have shared some personal experiences of how the competition has groomed them for the music industry.

The stars from seasons 1, 2 and 3 who were invited as guests on Ahosepe Xtra narrated how the show gave them the needed exposure and has also introduced them to money-making deals.

On lessons learnt while on the show, all past contestants agreed that they received the needed mentorship that has guided their career years on.

Aba Afrima of Season 2 told host Black I that her confidence level has been boosted due to the training she received prior to her performances.

“Comparing my confidence level before the competition to now, I will give myself 80 percent out of 100 percent because at first it was my first time performing on stage which wasn’t an easy thing and the fear in me was very intense but right now my confidence level is very high as I kept practising”.

“What I learnt when I participated in the Nsoromma competition has also helped boost my confidence and improved my performance”, she added.

Blessing Alovor, on the other hand, remarked that her colleagues, during her time, were all good performers, making it competitive for her and that helped her to aim higher whenever she was on stage.

“Our season wasn’t an easy one. There were a lot of great performers among us during our season but in all they helped and encouraged me to do my best on stage as well”, she said.

Blessing thanked Adom TV for the exposure and opportunity given to them to showcase their talents to the world.

“We thank Adom TV for guiding us and giving us the platform to showcase our talent and letting the world know what we can do because if it wasn’t for them, I wouldn’t have been here today”, she stated.

Season 3’s Isaac Gamado, on the other hand, revealed that he was afraid of his competitors because most of them were good at what they were doing which made him worried about whether he was doing well or not.

“I was scared of Akwalaa Nyame because he was very dangerous, Richmond, Belinda and when we went for the audition too, when I watched the videos of those performing and compared it to mine, I was afraid,” he said.

“While at the backstage, you get to hear the fans cheering the one on stage but when I get there it looks otherwise and it made me very worried. I was scared of most of my competitors but most of them too were evicted”, he added.

For Ashley Chuks, she said it was all joy for her whenever she was to mount the stage as she was born ready. Indeed, she proved to be one of the fans’ favourite.

According to Grace, singing was an everyday thing for her and so, she was not afraid at all during the audition and was not intimidated by any of her colleagues during the competition because she saw every other person as equal and none being higher than her or the others.

“For me, I wasn’t scared when I went for the audition because it was something I have done before and so I had high hopes. And, I have learnt a lot so far”, she said.

“I wasn’t scared of anyone and none of my competitors too intimidated me during our season, looking at how they were because I found no one to be more talented than me anyway” she added. 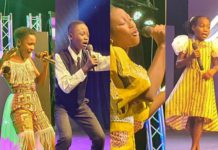