Singer Nana Osei Bonsu, popularly known as Nana Boroo, has incurred the wrath of some Ghanaians after a video of him popped up online.

The singer, who has changed his brand name to Berose 3sixty, in a viral video on social media, was spotted fixing his hair in a saloon.

As part of his re-branding, he has changed his looks and now resorts to frontal wig (Mongolian hair) with his sideburns sharply trimmed to enhance his beauty.

In the latest video, the hairdresser was busily tying the ends of the wig as the former sits and fidgets with his phone.

As someone who had earlier bragged about spending GH¢15,000.00 on his human hair, he curiously asked fans how much they spend on their hair.

His question and the viral video, which have not gone done with many tweeps, have generated backlash for him.

How much you Dey spend on your hair?? pic.twitter.com/qYWnhvUK5P

While y’all pressed about me changing my name from Nana Boroo to Berose 3sixty I’m in the saloon getting my edges laid 🐇 pic.twitter.com/Izw1acaY8E 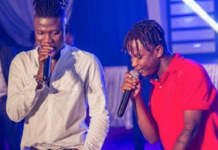 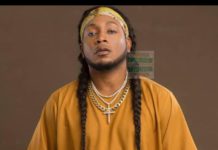 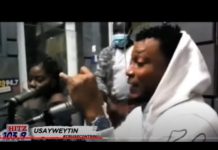