Prophet Nicholas Osei, also known as Prophet Kumchacha, Founder and Leader of Heaven’s Gate Ministries, has named people who supported late ‘Apraku My Daughter’ prior to his death.

According to Prophet Kumchacha, his colleague and bosom friend always had more than enough support from people he knew and other faceless ones.

“Personally I have supported Apraku for the past six years in finances and other ways I could after he returned from abroad and things started going bad,” he said.

Speaking on Adom FM’s Dwaso Nsem, Thursday, he explained he was saddened to see him in such state prior to his death since he was never left to his fate.

“Pastor Badu Kobi has also been doing his best, Rev Obofour rented an apartment for him at Spintex, bought him a 4X4 vehicle among other things while Kofi Adoma also, through the support of others, provided weekly funds when possible,” he recounted. 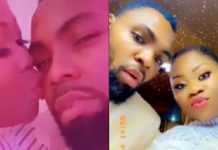