Popular Pastor, Kumchacha has reacted to the viral video of “drunk” pastor, ‘Apraku My Daughter’, who has been reported dead.

Kumchacha who was reacting to the death of his fellow man-of-God revealed he started his ministry with Apraku almost 20 years ago, saying he was therefore saddened to see him in such state prior to his death.

He described those tagging Apraku as fraudulent and dishonest as vessels for the devil, saying he doubts Apraku was ever dishonest.

Kumchacha also claimed that he invited Apraku over to his house for counselling and interview when his death was first reported two weeks ago.

Commenting on Apraku’s state, he said everyone was accountable for their actions.

“The lady who took the video of Apraku in the drunken state did not do well at all. If he was her father, I doubt she would have comfortably taken such videos. The Bible even discourages the act of laughing at someone’s downfall,” he said in an interview on Adom FM’s Work and Happiness with host OPD.

Kumchacha said to honour his late colleague’s memory, he has established a YouTube channel to showcase Apraku’s life in and out of the ministry. 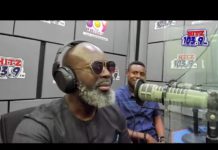 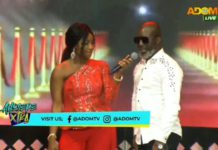