Afropop singer, Kizz Daniel, who is currently on his Afroclassic Tour 2022, has cleared the air on the rescheduling of the tour in Tanzania.

It will be recalled that the Buga crooner was arrested in Tanzania, a few days ago, for alleged breach of contract, and was due to be charged to court, according to the country’s law.

However, featuring in a live Instagram session with veteran On Air Personality, Daddy Freeze, Kizz Daniel’s Road Manager and brother, Folu Anidugbe, highlighted the mitigating factors for the debacle, pinpointing the lack of coordination and proper arrangement of the slated event by promoters of the show.

He debunked a lot of allegations from the incorrect arrival time of Kizz Daniel at the hotel, to the refusal of the singer to perform because of clothes or ‘gold chain’, as the Nigerian promoter, Steve Uwa, earlier claimed, to technical issues, reneging on previously agreed terms, and misappropriation of funds, all admitted to being at play by Steve Uwa as reasons the singer couldn’t perform.

During the live session, Mr. Uwa also admitted to Folu’s claim that they all had agreed to reschedule the show before he came the next day with Police, thus admitting to going against what was verbally agreed behind closed doors with Kizz Daniel’s team on rescheduling the show, after it didn’t go ahead as planned, by bringing with him policemen to arrest the artiste.

“This comes right after the talented singer addressed the people of Tanzania, apologizing for missing the show, where he also stated that contrary to what was reported in the media about him being arrested. I was only taken to the police for questioning due to vandalism and disruption of peace that happened at the show venue.”

Kizz  Daniel added that none of what transpired between him and the promoters of the show was intentional and that he loves and respects his fans, never taking them for granted.

“I love my job, I love performing, I’m a great entertainer, it was beyond my power, I’m really sorry,” he said.

Explaining the reason behind his missing the show, Kizz Daniel said when he arrived in Nairobi from Kampala, the plane he was supposed to fly in for the connecting leg of the flight had already departed. “We stayed in Nairobi for eight hours and waited at the Airport Lounge and eventually got a connecting flight and arrived Dar-es-Salam at 11.30 pm and the band went straight to the venue.

While this was happening, the organizers assured my team and I that everything was in order and the fans were properly communicated to. We eventually arrived at the hotel at 1.30 am due to misplaced luggage and required documentation processes,” the singer explained.

Ensuring everything was in place even after the delays and missing luggage at the airport, Kizz Daniel made sure the band was present at the venue to do sound checks but they were cut off stage because fans were already standing by to be thrilled to a great show. In the same vein, the show promoters also apologized to Kizz Daniel for misleading the public by stating that Kizz Daniel refused to perform because of his missing luggage.

“We agreed with the promoters that we would apologize to the fans and arrange another show. Dissociating from Str8Up Vibes, a new arrangement has now been made with a new local promoter, to put together another free concert which is scheduled for tonight.”

Kizz Daniel, known for his exceptional performances during his sold-out tours in Uganda, the UK and the US, has promised to give Tanzanians a show of a lifetime tonight. 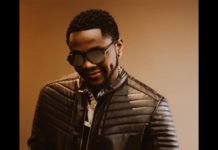 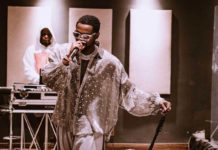