The Techiman Divisional Police Command in the Bono East Region has arrested a couple for allegedly producing and selling fake hand sanitisers in the area.

The news comes after a stranded trader from Yeji was tricked into buying baby lotion for GH¢70.00 in Kumasi in the Ashanti Region instead of a hand sanitiser.

The suspects, identified as Daniel Opoku Ababio and his wife Dorothy Opoku, were arrested on Wednesday, March 25, 2020 upon a tip-off.

“Based on the information we had, a team of police officers proceeded to the Kumasi-Techiman lorry station which was the scene where they were arrested,” the police said.

“We have to put them before the Techiman Circuit Court otherwise we have to grant them bail to a reliable surety while we continue with our investigations,” he noted. 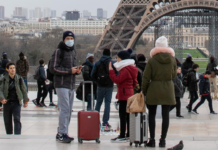 Coronavirus: France to be added to UK quarantine countries 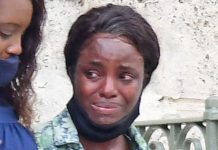 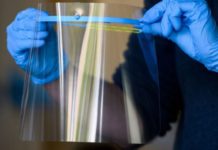 Sex and coronavirus: How to have it safely

Public speculations led to my break up with Jozy – Okraku...

ATWAG to hold a forum on the state of the creative...