A man whose video went viral after he was asked to smoke marijuana during a church service by Reverend Obofour, has made some intriguing revelations about the incidence.

An ex-convict, identified as Razak Clottey, who was carrying the banned substance in the church, has come out to say the incidence was all planned.

According to him, he was promised money, clothes among other juicy deals if he managed to bring marijuana into the church for Reverend Obofour to attempt to deliver him from the smoking habit.

Razak said the preacher, Abruku Abruka, who invited Reverend Obofour as a guest minister, gave him the drug and cautioned him to follow the directions of Rev Obofour.

He told the hostess of the show, Nana Agradaa that “I wasn’t scared to smoke because Reverend Obofour promised to look after me as his son. Osofo Abruku gave me the ‘weed’ and instructed me to carry out whatever direction Reverend Obofour gave.”

Razak said he had never smoked in his life before the incident happened during the three-day event at Pastor Abruku Abruka’s church. 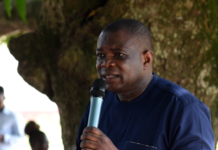 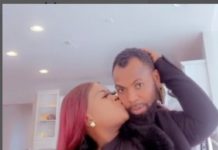 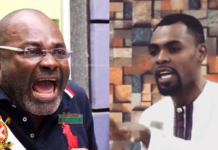