He prayed for good health and long life for the former leader, popularly known as ‘Gentle Giant’, with many describing his legacy as unmatched.

“Happy birthday my senior brother and thank you very much for embracing me and welcoming me to your house. Thank you,” he said in an interview on Asempa FM’s Ekosii Sen programme Wednesday.

Mr Jacobs added that his decision to apologise to former President Kufuor for denigrating his image as Ghana’s president from 2001 to 2009 has made him a free man.

“I wish the devil repents and goes back to God like my going to President Kufuor to say I’m sorry,” he stressed. 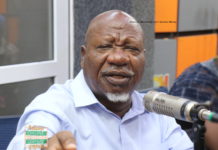