Two persons are currently battling for their lives

after a clash involving youth groups at Mamponteng in the Kwabre East Municipality of the Ashanti Region.

Some youth from the Zongo and Asante Community in the areas were said to have clashed in what was said to be a reprisal attack.

“One of the boys from the Zongo came to the Asante Community to have fun amid the Christmas festivities but was attacked. He was attacked and injured in his eye,” he narrated.

According to him, the victim was rushed to the Komfo Anokye Teaching Hospital for treatment due to the severity of the injury.

The suspect, he explained, fled the scene after committing the heinous crime, an act which infuriated the Zongo community who came to retaliate.

“The Zongo youth came to the area to inflict deep cutlass wounds on one of the Asante youth and returned the next day to attack another,” he added.

However, he commended the police in the area whose timely intervention he acknowledged prevented an escalation.

Mr Baffour indicated no arrest has been made so far with the injured still on admission but cautioned the youth to desist from violent acts.

He further assured consultations are underway to prevent a reoccurrence with the police on a manhunt for all the persons involved.

The police have also assured them they will intensify night patrols to avert further disturbances in the area. 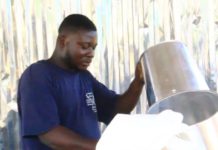 My SHS mates ridiculed me, but now want to be like me – Artisan 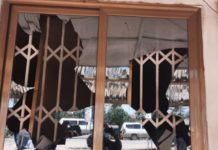 One injured as youth factions clash at Ntonsu [Photos]