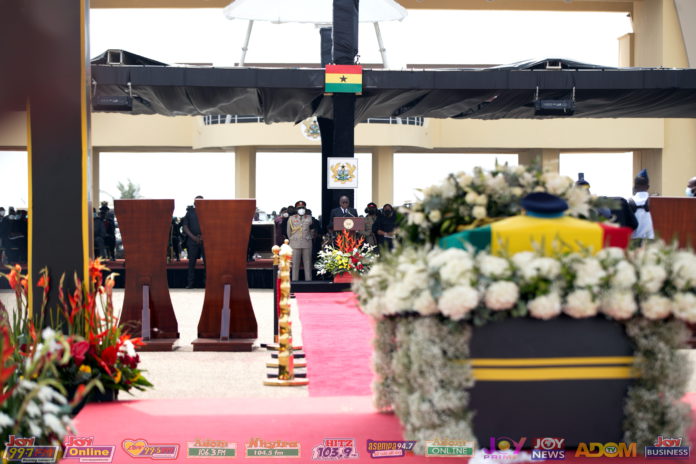 The Anlo Traditional area is not perturbed about the burial of late former President Jerry John Rawlings by the State.

They maintained that, as a chief, they need to pacify his soul to avert any wrath from their ancestors.

“We don’t want repercussion to befall any of us so we will perform the funeral, pacify his [Rawlings] soul and plead to our ancestors to give him safe passage,” he noted.

He noted that the absence of the former President’s body will not affect the funeral because in Anlo history, they have had precedent of holding a chief’s funeral without the body.

He was, however, happy about how the military took charge and gave the former President a befitting burial.

“The funeral was beautiful, immaculately and efficiently organised; I doff my hat to our military men,” he said.

Meanwhile, a burial service was held for late former President Rawlings at the Black Star Square and he was buried at the military cemetery on Wednesday, January 27, 2021, in Accra.