Could 2020’s hottest trend be the face tattoo? Celebrities can’t seem to resist inking every last bit of real estate on their bodies in the name of self-expression.

And while face tats have made their way onto notable figures like Mike Tyson and Tekashi 6ix9ine in the past, the last six months have seen more stars than ever tatting their cheeks and foreheads.

Chris Brown had his tattoo artist Ganga add an Air Jordan 3 sneaker to the side of his face. He debuted the new ink at the 2020 Grammys, but the piece joins a medley of smaller facial designs.

Amber Rose certainly made it easier for friends to remember her kids’ names when she tattooed them on her face.’ She has “Bash” and “Slash” plastered on her forehead in a bold cursive font, a nod to sons Sebastian (whom she shares with Wiz Khalifa) and Slash Electric Alexander Edwards (whom she shares with boyfriend Alexander “AE” Edwards).

After Amber Rose debuted her tattoo tribute to her sons, her boyfriend followed suit, getting both boys’ birthdates inked on his own forehead.

Presley Gerber’s emotions are quite literally written all over his face. The supermodel spawn of Cindy Crawford and Rande Gerber got the word “misunderstood” tattooed on his right cheek. “It says misunderstood, because that’s how I felt my entire life,” he clarified for his followers.

Post Malone is no stranger to inking his face, but he took it to the next level with this bloody buzzsaw. The work was done by artist Ruben Reza backstage after Malone’s Kansas City, Missouri, show.

We hope Amanda Bynes’ heart was in the right place when she got this design tattooed on her left cheek. The former Nickelodeon star debuted the surprising facial art right before the new year, but fans weren’t sure whether it was temporary or real. A follow-up post from February 8, 2020, confirmed that Bynes’ heart tat is here to stay.

Aaron Carter joined the face tattoo club with a hefty piece that looks to be inspired by a Rihanna cover shoot from 2013. Tattoo artist Herchell Carrasco claims Carter originally wanted the piece in the centre of his face, but the two compromised by moving it to the side. Carter also has the word “Love” on the underside of his right eye.

Justin Bieber went a more subtle route with this tattoo, getting the word “grace” in the barely-visible script above his eyebrow. Tattoo artist Bang Bang created the Bible-inspired ink.

Rapper The Game recently jumped on the bandwagon by getting a number eight tattooed above his eyebrow, in honour of the late Kobe Bryant. 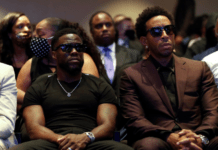 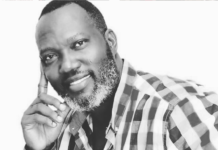 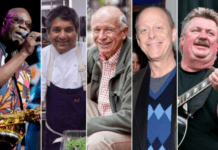 Checkout celebrities who have died from coronavirus

Check out celebs who lashed pastor Amoateng over sanitiser comments 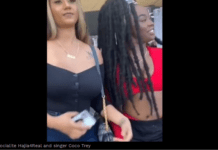 5 types of women that men don’t want to marry