Popular Nollywood actress and filmmaker, Omotola Jalade-Ekeinde, is unarguably one of the most successful movie stars to ever come out of Nigeria.

Her ability to balance family and her career is something that shocks many people.

Just recently, she wowed many social media users after she took to the platform to share some new photos.

In one of the photos, she posed with her first son who goes by the name, @iamcaptaine on Instagram. The young man, who appears a few inches taller than her, is seen wearing a handsome smile.

Although now into music, @iamcaptaine graduated with an honours degree, from Eastern Mediterranean University in Cyprus, with a Bachelor’s in communication and media studies, in 2019.

Before sharing the photo with her son, the actress shared a single photo looking as elegant as always.

Only some days ago, the film star took to her official Instagram page to share photos of her family.

The photos showed that everyone was at home with her. She was spotted smiling widely in the photos as she expresses excitement that she is reunited with all the members of her family.

The joy of the actress is understandable as her husband, who is a pilot, may not always be at home. Her children have also been schooling abroad.

Taking to her Instagram page, the actress said that her eldest child, Tolani, just returned from her master programme. 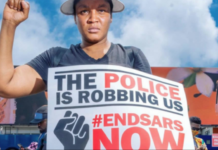 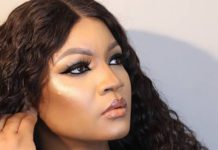 Omotola and her kids recover from COVID-19 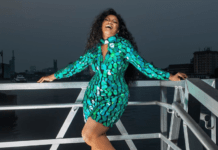 Omotola appreciates her husband after he did this for their children 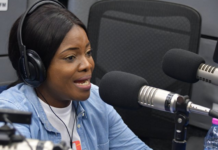