John Mbiti, a renowned theologian described Africans as “notoriously religious”.
This assertion by Mbiti perfectly describes the majority of Ghanaians. We are often very quick to read spiritual meaning into everything that happens to us as a people.
The African always believes there are some unseen forces behind everything that happens to him or her, whether good or bad.

About three weeks ago, we lost a very talented and hardworking musician and her two friends through an avoidable motor accident.

The death of Ebony Reigns and her friends is very painful, to say the least. Immediately after her death, many prophets came out claiming what had happened confirms what the Lord had earlier revealed to them about the singer.
It also emerged from her death that, the part of the road where the accident occurred was under construction. The contractor, as a matter of fact, had left a heap of sand on that major high way without any warning sign to motorists.
Certainly, per that sheer act of negligence by the contractor, he had created a death trap for motorists and passengers.
Unconfirmed reports also indicate that between December and January there have been about 20 deaths at that same spot where Ebony and friends died. Few hours after Ebony’s untimely death, two vehicles crashed into each other and it is reported some lives were lost at the same spot.
It goes, therefore, to suggest that that place is not only a death trap but needs urgent attention else, more lives would be lost in the coming days or weeks.
Again, eyewitness accounts on the day of the incident suggest that Ebony’s driver was over speeding when the accident occurred. The evidence adduced so far points clearly to the fact that had somebody done his work right, had some brains worked properly, this unfortunate incident could have been averted.
These facts notwithstanding, almost everyone zoomed into the realm of spirituality instead of reality. Many Radio and TV stations spent considerable time talking about prophecy and prophets instead of putting the spotlight on the bad nature of the road and contractor. We have seen how powerful the media is and how they can shape national discourse. A case in point is when the media waged a campaign against Galamsey. To a large extent, considerable progress has been made because the media made their voices heard. Ebony’s accident presented us with another great opportunity to have dwelt more on the bad nature of our roads as a nation and poor supervision by our city engineers. I believe the accident spot is under a district or municipal authority with road engineers. Whose duty was it to have supervised the construction of the road and why did we allow the contractor to leave sand on such a major road without warning signs? Somebody definitely had questions to answer.
The media could have helped us all get to the bottom of this matter. Unfortunately, almost every Radio and TV station dwelt on who predicted the death and other simply ridiculous stuff.
We are too quick to spiritualize everything that happens to us and blame the devil for our acts of negligence. I am very sure the devil sometimes gets angry over some of the things we accuse him of since he knows next to nothing about them. Given the opportunity, he would even sue some individuals for defamation.
As a nation, we have used the name of God and prayers to often time hide our incompetence and failure. Things that we could have done right, we shoddily do them and when there is a disaster, you hear people say “God knows best”. Such statements can certainly not describe the God I know and many of us claim to worship. He is a God of excellence. A God of order. In Genesis, when the world was without form and order, he spoke and put things into order. This God can certainly not be an appendage to our ineptitude. He deserves better!
In Ghana, the church and other religious groups are part of the many challenges we are facing. If the majority of us will change our attitude, we will be amazed to see that although prayer is important, that is not what we needed after all.  This is a country where we sit on the solutions to our problems but yet, spend considerable time in prayers every day calling for God to intervene in our situation. You will be surprised to see the number of churches and mosques who don’t have a building permit and most probably have built on waterways in this country if city authorities decide to conduct a swoop. Yet, in these same churches and mosques, you will be shocked to hear people pray against the flood. Who are we deceiving?
Wherever God is, I am sure he is sad and wonders what we are doing with the brains he has given us. These brains are being wasted. As a country, the more we spiritualize issues, the more backward we become and the more lazy citizens we raise. 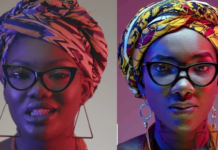 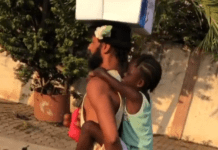