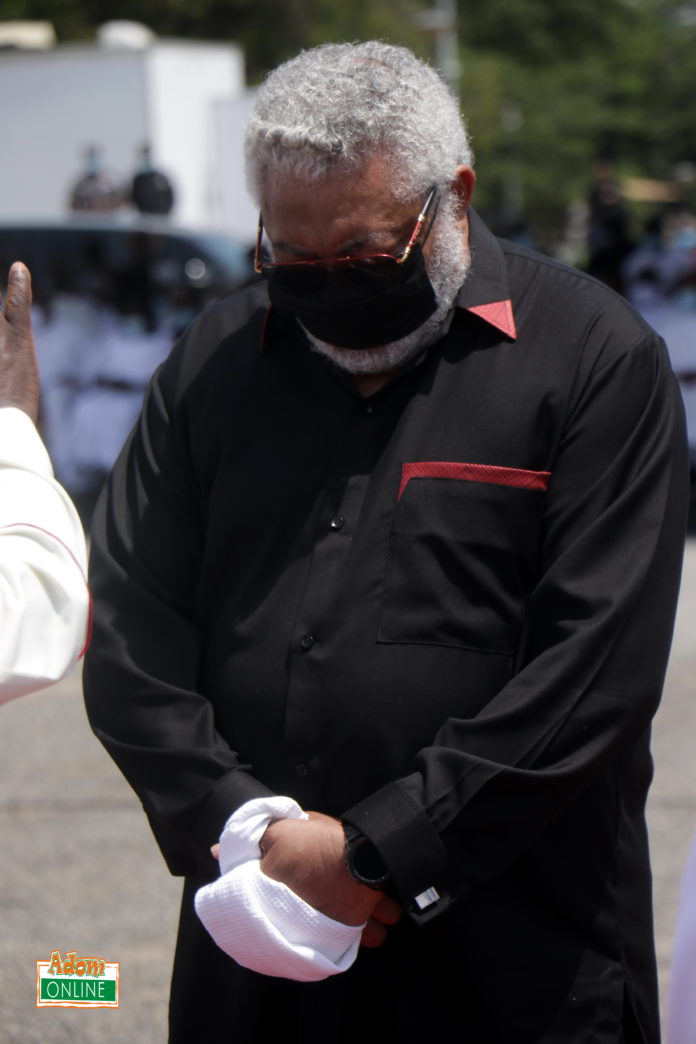 According to him, issues that came up in Mr Rawlings’ last days including Kwamena Ahwoi’s Working with Rawlings book really hit him hard.

Captain Fordjour disclosed this at a vigil held in honour of the late President on Sunday, January 24, 2021, at the Air Force Mess in Accra.

“In his very last days, he felt betrayed. That book that was written and the response from those he worked with really hit him very hard. We did our very best to restrain him from responding but it was a big blow to him.

“Then comes the mum’s death, and that also hit him very hard and getting the benefit of hindsight, his last days were not the best aside from the medical condition that deteriorated,” he revealed.

He said this while recounting fond memories of the Statesman he described as a good friend and someone he learnt a lot from.

“I met him about 40 years ago when I joined the military and was a cadet but not long after, there was a bond and I don’t know what it was about.

“But we both had a sense of what was wrong and right. So far as I’m concerned, he is soft at heart but puts a stern face outwardly to that soft side and until you get close to him, you won’t see that,” he eulogised.

The book, written by Professor Ahwoi, a Minister who served in the Rawlings’ administration, sought to catalogue events that took place in the National Democratic Congress (NDC) from its Provisional National Defence Council days with Mr Rawlings being the leader.

The book came under serious scrutiny after it was launched and the founder of the NDC, who happened to be the protagonist, took a serious view of some of its contents.

Many pundits also questioned the timing of the release of the book when in fact Mr Rawlings was seemingly being lured back to the NDC.

Mr Rawlings, and indeed some NDC stalwarts, did not take kindly to its content and challenged some of the claims made.