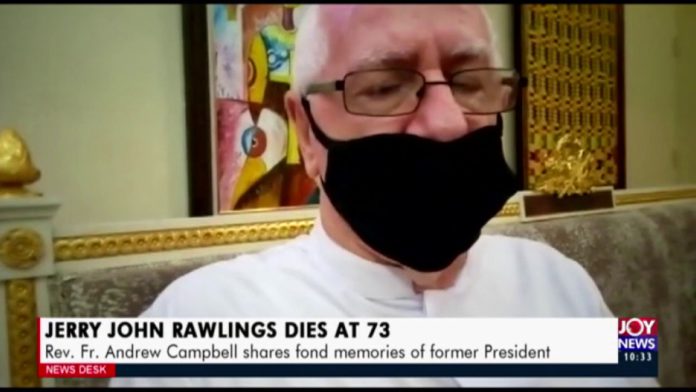 According to the Irish-based Ghanaian missionary, this was after fighting for the land with politicians and other state protocols for over nine years.

He disclosed this in an interview on Accra-based Happy FM while recounting fond memories and selfless nature of the Statesman.

Father Campbell said he finally got the land after Mr Rawlings got to know of the purpose.

“The late President asked why I wanted the land and I told him I needed to train and equip the youth of Jamestown with vocational skills.

“That is where we have the Sacred Heart Vocational Institute built. It was once a Dutch cemetery and later converted to a volleyball pitch,” he narrated.

He further disclosed that Mr Rawlings, before his demise, passed by and was very impressed at the state of affairs.

“Just a few weeks ago, he came to church and was so impressed by the mass servers that he invited us to his house. He paid their fees and gave their parents something to take care of them. That’s how selfless Rawlings was,” he eulogised.

The founder of the National Democratic Congress, passed on November 12, 2020, while undergoing treatment at the Korle-Bu Teaching Hospital.