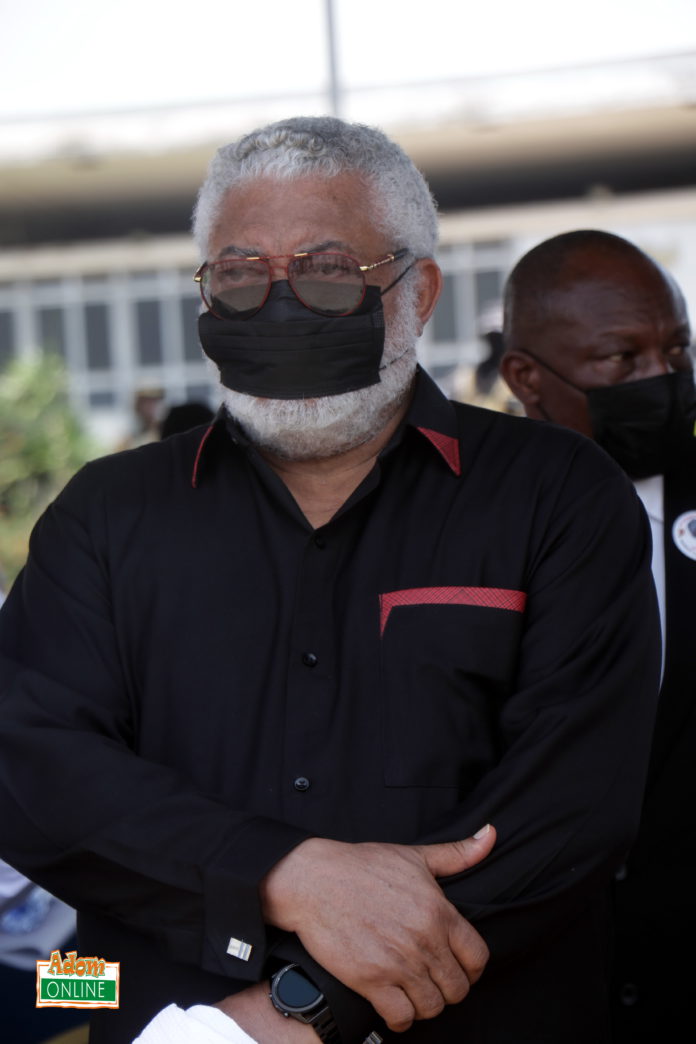 It is unclear what caused his death, but reports say he was unwell and was at the intensive care unit at a hospital.

Mr Rawlings was born in Accra on June 22, 1947, to a Ghanaian mother from Dzelukope, near Keta, in the Volta Region, and a Scottish father.

He was educated at Achimota School where he obtained his General Certificate of Education – ‘O’ Level in 1966.

He enlisted as a Flight Cadet in the Ghana Air Force in August 1967 and was subsequently selected for officer cadet training at the Ghana Military Academy and Training School, Teshie, in Accra.

In March 1968, he was posted to Takoradi in the Western Region to continue his course.

He passed out in January 1969 as a commissioned Pilot Officer. He won the coveted ‘Speed Bird Trophy’ as the best cadet in flying and airmanship.

He earned the rank of Flight-Lieutenant in April 1978. He was an efficient officer with a close rapport with his men.