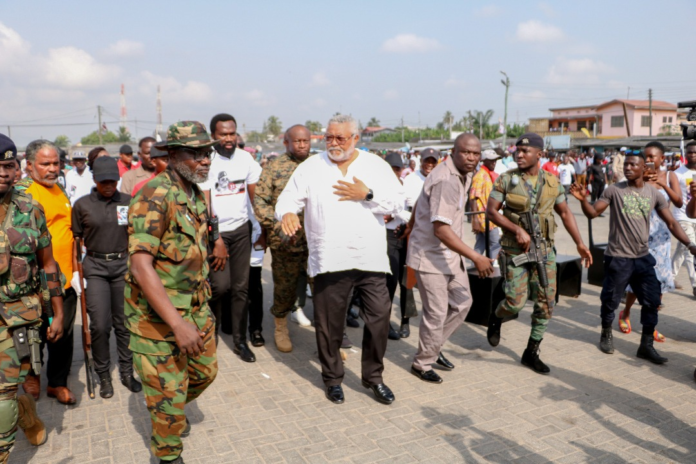 An ex-bodyguard of late former President Jerry John Rawlings, Sergeant Mugu Frimpong, has revealed his master knew nothing about most crimes committed under his regime.

According to Sergeant Frimpong, most of the crimes were committed by people who worked closely with the late Statesman just to tarnish his image.

A situation, he said, made Mr Rawlings sad and felt betrayed, especially with some killings that occurred under his tenure.

He disclosed this on Asempa FM’s Ekosii Sen, Monday while recounting his work experience with Mr Rawlings.

Without mincing words, the Sergeant said notable among them was the gruesome murder of Kumasi-based Prophet Samuel Asare, who was widely known as Odifo Asare, the founder of ‘The Lord is my Shepherd Church’.

This, he added, made Mr Rawlings angry and he ordered for a commission of enquiry to be set up.

History has it that Odifo Asare was tortured, shot and burnt to death in the full glare of the people at Kejetia, the Central Business District in Kumasi.