Nobel laureate, Professor Wole Soyinka, says he does not believe that President Muhammadu Buhari is in charge of Nigeria.

Soyinka made the comment on Thursday, June 4 in an interview with Plus TV Africa.

His comment was in reaction to an open letter written to President Buhari by Colonel Umar Dangiwa (rtd), a former military administrator of Kaduna state.

Dangiwa had accused the president of nepotism, especially as regards to his appointments.

Asked what his thoughts were on the open letter, Soyinka said:

“Well, my first reaction was thank goodness people like Umar who has a tendency to hit the nail hard and go to the point factually without self-interest.

“It struck me when I saw this and I was appalled. But I said to myself why should I be surprised that such an atrocity has been going on.

“I think those who are responsible for this criminal lopsidedness should be punished. It is not sufficient just to discuss it. It’s criminal.

“I have said this before. I don’t believe there is really anybody in charge in Aso Rock. I’m sorry to say this. I’ve been studying the trend over the past year and a half and I believe this president is not in charge of this nation, in so many aspects and directions. I’m convinced he’s not really and totally with it.

“It’s so serious. It is not the fact alone, we know the history of this. We know what it has caused the nation and we know it isn’t over yet. And you say are launching an enquiry. That’s not enough. This man is not in charge.”

Soyinka also decried the silence of the presidency on the issue raised by Dangiwa, adding that it creates a sense of impunity. 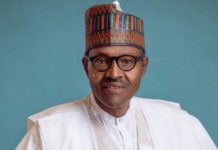 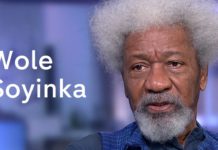 Full speech of President Muhammadu Buhari on the #EndSARS protest

State of emergency declared in Nigeria over surge in rape cases