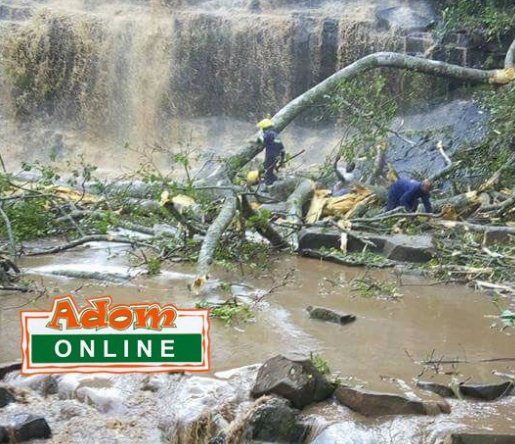 One person has been reported dead with two others in critical condition at the Kintampo Government Hospital following a clash between two factions and the workers of the site over land ownership of the Kintampo Waterfalls.

The two factions, Mo and Dega Youth Associations allegedly stormed the Kintampo Waterfalls on Tuesday to sack the workers of the site which resulted in a clash.

Speaking in an interview with Adom News, the Brong Ahafo Regional Police Public Relations Officer, Chief Inspector Augustine Kingsley Oppong, who confirmed the death, assured calm had been restored to the area.

“We were informed of the chaos at the Kintampo Waterfalls and managed to arrest six of the people when we got to the site, but the youth blocked the road when we were leaving the site.

ALSO SEE: Video: Why I’m not in hurry for ‘new release’ – Kwaku Gyasi

“A military man in an attempt to clear the road was stabbed in the arm by one of the youth amidst gunshots from an unidentified source leading to the death of one person and two others injured,” he narrated.