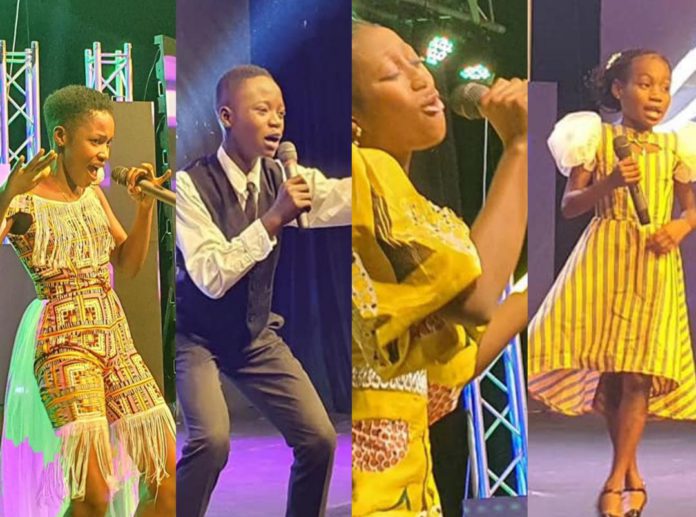 Season 4 of Adom TV’s highlife music talent reality show, Nsoromma has witnessed its first performance from the lucky contestants who made it to the top 12.

The 12 contestants thrilled the audience and judges with awesome performances last Sunday.

The first performer to kickstart the business for the night was Nhyira Akoto Afriyie who performed ‘Monko Mo Akyi’ by Joyce blessing.

Amanor Gideon was the next contestant who mounted the stage and performed ‘Adam Nana’ by Joyce Blessing.

Doris Adjei, who served as the third performer for the night, also performed Diana Hamilton’s ‘Mo Ne Yo’.

Fourth and fifth performances were staged by Hadassah Maame Afia Anku and Lord Noble who performed ‘I Swerve It’ by Joyce Blessing and ‘Onyame Aseda’ by Kweku Gyesi respectively.

The only lady among the contestants, Lady Theodora Pascal mounted the stage with a performance on ‘Odomankoma’ by Nana Yaw Asare.

The last but not the least performer, Keziah Adu stormed the stage with Anita Afriyie’s ‘Adehye Mogya’ and ended the show on a good note.

The show ended with Best costume being won by Francisca Adom and Lady Theodora Pascal winning the best performer award for the night.